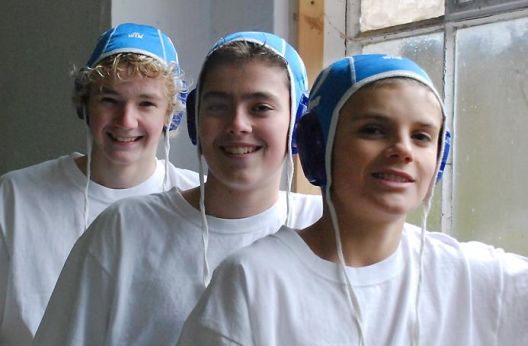 Charlie Roberts, Jackson Mullins, Sam Webber (Seagulls) and Connor Aitken (South Dorset) have received an early Xmas present with news of their selections to join the 60 strong GB Talent 1995/96 Water Polo Squad, the highest level achievable for this age group in the UK. The selection is based on performances at the National Academy in the Summer, both in and out of the water.

This squad will form the backbone of a team aiming at the 2011-12 European Junior Championships. A team is only 13 players and there will be further tests of their desire and skill as they train with this squad.

The first training camp will be in Cardiff on 9-10 January 2010.  It will be a fun but serious affair. The squad will be watched both in the pool and out - especially for their ability to be part of the team and to be respectful to coaches.

Seagulls’ water polo coach Rob Webber said: “This is the youngest a player can be selected for GB water polo and to get three players into the talent squad is unreal.  In fact only four clubs in England and Wales have more players in the squad than Seagulls.  When our head coach Barry Alldrick brought water polo into Seagulls in 2005, this wasn’t even part of our dreams.  To be honest, we didn’t even know that this dream existed!”

But he added: “Although this is a great achievement in itself, for Charlie, Jackson and Sam the real work starts here.  They will now attend monthly, weekend-long training sessions with the GB coaches.  They will face regular tests, trials and tournaments and will have to continuously compete for their places over the next two years.  The talent squad will constantly change as it is trimmed to form an elite squad to compete for Great Britain in the European Junior Championships in 2012.”

Seagulls are seen by the ASA as a model of how to integrate competitive swimming and water polo.  The club has shown how high quality, swimmers can be turned into water polo players within an overall competitive swimming environment and still maintain their racing edge.  The club has made rapid progress in its four years in water polo, winning a string of titles in the Dorset leagues and making an impact against more established teams in tournaments across the south.  Several Seagulls players also now play for clubs in Devon and Hampshire.

Rob Webber, who is also Sam’s dad, said: “We have achieved something special at Seagulls - swimming and water polo success simultaneously.  For many of our youngsters this isn’t an ‘either/or’ choice – they enjoy both.  We have had a talented group of youngsters and there are others coming through.  The challenge for Seagulls now is to maintain these levels of achievement in both disciplines.”

Congratulations to the Dorset quartet and their coaches for bringing such an enormous honour to the Clubs and to Dorset Water Polo.  The selections cap a fantastic year for Seagulls, whose swimmers also became Division Two champions in the National Arena Swimming League West in December 2009. Seagulls coach Rod Webber expressed his Club's delight: "We are tremendously proud of what Charlie, Jackson and Sam have achieved so far. But this is only the beginning on a long road to 2011-12.... The hard work starts here!"