Great Britain's Olympic officials hope to be able to field the strongest team ever at London 2012 with a new funding initiative. Budgets were £50m short of target when announced in January but Visa is believed to have committed close to £10m to the Team 2012 initiative.

Team 2012 is aiming to raise £25m in all to support athletes. And British Olympic Association chief Andy Hunt said: "This is a real opportunity to field the broadest, most competitive team at 2012."

Team 2012 brings together the BOA, the British Paralympics Association and the London 2012 organising committee and UK Sport. Its aim is to provide a third stream of private sector income, to run alongside National Lottery and government funding, for leading athletes.

Eight Olympic sports and four Paralympic sports saw their funding slashed by over 50% in January. But John Steele, chief executive of funding body UK Sport, said those sports will not be prioritised for this new funding. "They are in the mix with everyone else," he said. "We will do what we've always done, which is to invest money on merit." 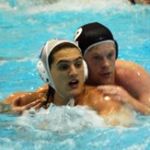 In the January budget reallocation, water polo suffered a 54% cut to £1.45m between then and 2012. And the sport's governing body chose to take the cash up front, meaning they will need more funding if they are to carry on until the Games. However, GB water polo player Adam Scholefield hopes this month's performance in qualifying for the European Championships will convince UK Sport to allocate them some of the Team 2012 money.

"We all moved to Manchester three years ago so we'd all been training together and working towards 2012," he told BBC Sport. "Everyone wanted to leave but we've worked so hard for it that we didn't want to throw it all in and give up. If we don't get any more funding then we're really going to be struggling to make it to 2012. If we can get some money into the sport there's a really good chance we can be competitive in 2012 and hopefully qualify for 2016, which would be a good legacy."

Scholefield is confident that 'Team 2012' will raise the money to help Britain be competitive in his chosen discipline at the Olympic Games in London. Click to view BBC interview with Adam (1m 16s flashplayer required, opens in external window)

Minister for Sport Gerry Sutcliffe said: "This is a terrific vote of confidence by the business community in the work being done to give our medal hopefuls the best chance of striking gold in 2012."

The BOA's Olympic coaching programme, led by Rugby World Cup-winning coach Sir Clive Woodward, will receive "seed corn funding" from the deal. Steele said there was "100% support" for the programme, following suggestions of unrest among athletes over the initiative possibly infringing their own sponsorship deals.

"Team 2012 is not linked to specific athletes. Intellectual property and image rights have not been impeded so athletes are free to do other deals," added Steele.