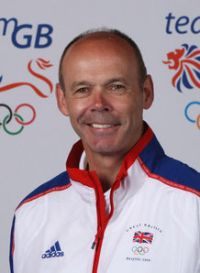 Sir Clive Woodward, England’s World Cup-winning former Rugby Union coach is to speak at the ASA’s first ever Council Conference. He has now turned his attention to producing elite athletes for the Olympic Games in London 2012 and will give the afternoon address at the conference on Saturday 10 October 2009 at the Holiday Inn in Stratford-Upon-Avon.

The ASA is holding its first Council Conference to look at the current challenges it faces and to show its members and volunteers how together everyone can drive the organisation’s future development.

The aim for the free of charge event is for everyone involved in the ASA to be inspired, motivated and informed about the work of their association.

The day will feature other guest speakers from the ASA, workshops and a ‘market place’ to enable interaction between staff and delegates, with a chance for delegates to ask questions at various stalls on topics such as membership and insurance, employment issues within clubs and online entry to events.

Click to learn more about the conference or to book your place.