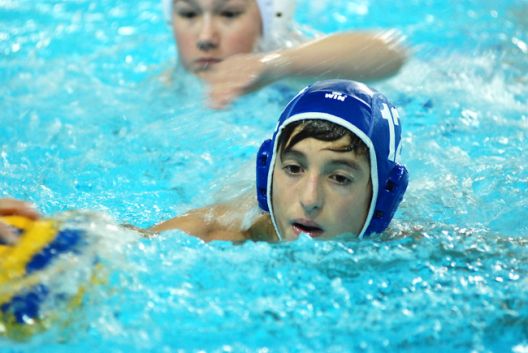 Christchurch and New Milton Seagulls junior water polo returned to their Dorset league fixtures with an emphatic 15-1 win at Salisbury on 24 January 2010.

The first quarter was closely contested.  Both sides struggled to gain a firm grip on the game in a physical contest.  Seagulls scored late in the quarter to take a 1-0 lead.

From the start of the second quarter the Seagulls side found their stride and took advantage of the open space in the 8 lane pool to score steadily throughout the quarter.  As Seagulls turned the screw on the Stingrays, their speed on the counterattack paid dividends with 5 Seagulls players sharing 6 goals to take a 7-0 lead into halftime.

The third quarter started with Seagulls substituting their 3 senior outfield players with younger less experienced athletes – essentially last season’s U15 side.  Seagulls struggled early on as Salisbury came back into the game to score early in the quarter.  The Seagulls youngsters regrouped and with increasing confidence scored from an excellent front-court play involving all 6 outfield players.

For the final quarter, the Seagulls older players returned to the pool and regained the upper hand scoring seven unanswered goals.

After the game, Rob Webber, coach at Seagulls, said, “It’s great to play in a wide pool.  Most of our Dorset League matches are played in 6 lane pools.  The open space in an 8-lane pool suits our style of fast counter attacking drives.  It was good to see the younger players come of age tonight.  They will be in this side for 3 years so the future looks very bright.”