The Swim England South West Water Polo Committee has appointed Nick Hume to the position of Head Coach of the South West Girls Squads, and his first duty was to attend and coach at the Regional Training Academy on 11 September from 5pm-9pm. 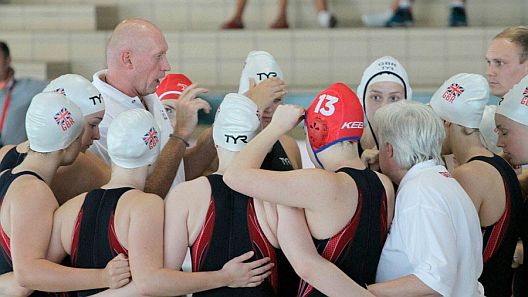 Having grown up in West London and playing for Hammersmith Penguins, at the age of nineteen Nick went off to the University at California Berkeley on a water polo scholarship. Whilst there, he won two National Championships beating Stanford and UCLA in the finals. He combined this with returning home to play for the GB National senior team at the European Championship and World Student Games.

After leaving the US, Nick travelled to Australia, playing for Sydney University and then the Balmain Tigers in the national league. Whilst there he was encouraged to get his Australian citizenship, which he did, and ended up playing for the Australian national team.

During his playing career Nick got involved in coaching, first at school level, then club level before moving on to become the New South Wales State coach and assistant to the Women’s Australian National team.

Returning to the UK in 2003 Nick was appointed as Britain’s first National Performance Director, which he combined with coaching the women’s national senior team. Since that time Nick has been involved with coaching many of the national Senior and Junior teams, highlights of which include finishing eighth at the World Junior Championships and 6th at the Junior European Championships.